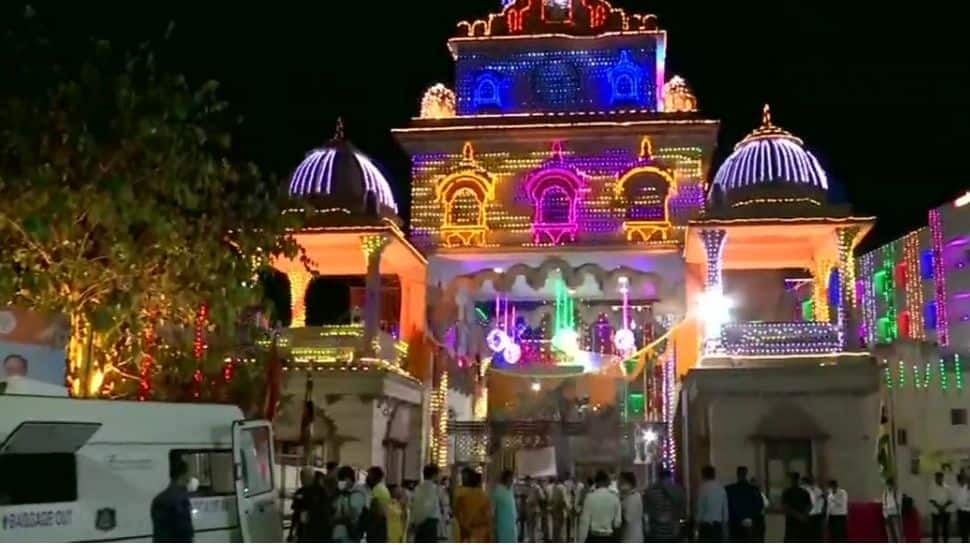 New Delhi: Union Home Minister Amit Shah on early Monday (July 12, 2021) morning performed ‘aarti’ at Jagannath Temple in Ahmedabad before the annual Rath Yatra takes off from the temple. Ahmedabad’s Jagannath Temple is all decked up ahead of Rath Yatra. According to an ANI report, heavy security has been deployed outside the temple.

Union Home Minister, who is on a three-day visit to his home state Gujarat, took part in Lord Jagannath’s rath yatra in Ahmedabad today and will be hosting several programmes later in the day.

Meanwhile, the preparations for second consecutive devotees-less Ratha Yatra of Lord Jagannath in Puri had been completed. The administration has imposed curbs across the 3-km long Grand Road from Shree Jagannath Temple to Sri Gunducha Temple where all activities, except medical emergencies, are prohibited.

The reports also revealed that security forces will be deployed on the rooftops of different buildings on both sides of the grand road where the Rath Yatra will take place, in order to ensure that people do not congregate in large numbers to witness the festival from the residential houses, hotels, lodges and guest houses.

Though there were no such restrictions on the people witnessing the Ratha Jatra from rooftops last year, the administration this time banned such practice after it came to the notice that some hotels, lodges and guest houses book rooms with the provision of allowing people to witness the festival from the rooftop.

Additionally, Puri district collector Samarth Verma urged people not to come out of their houses during the curfew period from 8 pm on Sunday till 8 pm on Tuesday and make crowd on the grand road.

He also added that the people will be able to witness the festival on their Television sets as the government and administration has made arrangement to give free of cost feed to different channels and web portals.