Former Sri Lanka cricketer Aravinda de Silva has named picked Ishan Kishan, Devdutt Padikkal, and Chetan Sakariya as the three Indian players he would be keenly watching in the upcoming limited-overs matches against Sri Lanka. He also mentions Kuldeep Yadav who has been out of form and frequently out of the eleven for the last couple of years.

Padikkal and Sakariya have been impressive in the IPL and domestic cricket on the back of which they have been given their maiden India call-ups, but are likely to be benched at the start of the tour.

Ishan Kishan, on the other hand, will perhaps start over Sanju Samson, after hitting a match-winning fifty in his debut T20I earlier in the year against England.

“There are some incredibly talented youngsters who proved their mettle in the last two seasons of the Indian Premier League. It will be a big opportunity for the likes of Ishan Kishan, Devdutt Padikkal and Chetan Sakariya to make a positive impact. Kuldeep Yadav too will get a chance to revive his career,” Aravinda de Silva told Manorama.

There is no way you call any side a second-string: Aravinda de Silva

Aravinda de Silva, who was Man of the Match in the 1996 World Cup final, opposed his captain Arjuna Ranatunga‘s comments about the Indian team sent to Sri Lanka being “second-string” and an insult to Sri Lanka Cricket by the BCCI.

Aravinda de Silva explains that with the T20 World Cup in mind – and with the first-choice players in England – the BCCI has sent a young squad, but which has good experience of the IPL.

“The governing body for cricket in a country has complete authority over selection of teams for foreign tours. The Board of Control for Cricket in India (BCCI) might be looking to strengthen the reserve group and give youngsters a chance to play international cricket.

“As there are only a few months left for the T20 World Cup, the BCCI might be keeping that too in mind. So there is no way you call any side a second string,” the former batsman elucidated.

iQOO Z5x will come with a 120Hz screen 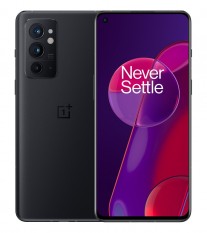