K-pop group BLACKPINK seem to have found new fans in John Legend and Chrissy Teigen‘s kids Luna and Miles. The little munchkins were seen jamming on Selena Gomez and BLACKPINK’s hit track ‘Ice Cream‘ in a gram story shared by Chrissy.
The popular model’s post instantly grabbed Selena’s attention, who re-shared it and wrote, “Makes my heart happy.” While Chrissy proposed an idea of a grand collaboration to her husband with the popular K-pop band BLACKPINK. Check out the posts here: 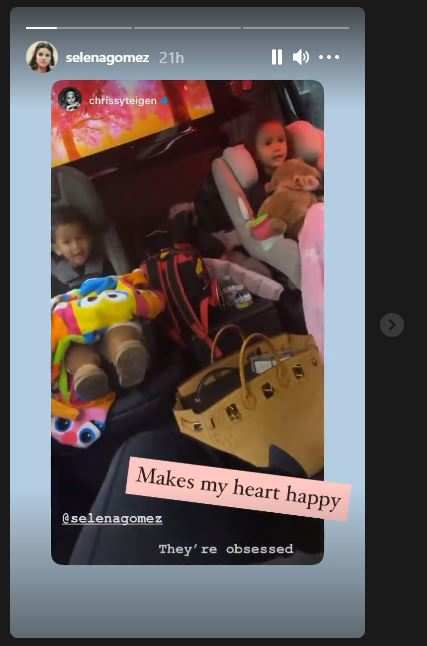 Meanwhile, the popular K-pop band BLACKPINK has recently teamed up with three popular artists to deliver amazing tracks. Apart from their collab with Selena for ‘Ice Cream’, BLACKPINK had teamed up with Lady Gaga for ‘Sour Candy’ and Cardi B for ‘Bet You Wanna’.

BLACKPINK has been one of the popular K-pop groups, who have made an impact on Billboard’s music charts with their music. While BTS has gone on to bag their first grammy-nomination with ‘Dynamite’, BLACKPINK has also been winning over the internet and carving a niche for themselves internationally.

September 21, 2021, No Comments on Apple adds Cinematic Mode and ProRes support to iMovie and Clips

September 21, 2021, No Comments on First Astroturf Hockey Stadium coming up in Pulwama soon

September 21, 2021, No Comments on Rain lashes parts of Delhi