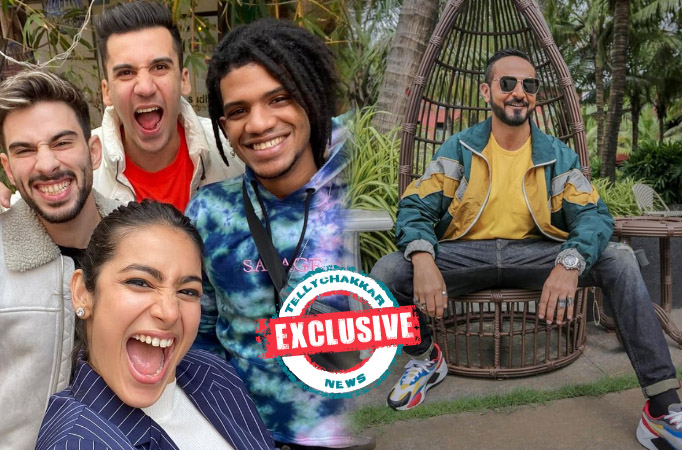 MUMBAI: TellyChakkar is back with an exciting update from the world of television.

After a long journey in the show, underdog Hamid Barkzi from Nikhil Chinapa’s gang won the show, apart from winning several hearts.

TellyChakkar got in touch with Nikhil and had a candid chat over his journey in the show and his team member finally winning the same. He said, “The feeling of winning the show is quite good.  It’s been a long time coming as I’ve been a part of MTV for a really long time. I started as a judge on Roadies many years ago and commenced the journey a few years back. It feels like a full circle coming so close. It feels nice and pleasant.”

Nikhil has been quite active on social media, conducting LIVE sessions and reviewing each episode. When asked about the same, he said, “I started conducting LIVE sessions as I missed the interactions that I used to have with the contestants on my old show called MTV Select. It was a dial and request show. It was on-air for a really long time and I was quite fond of it. When we started online auditions, I really liked the whole experience and process. After completing the shoot, I decided to catch up with my team members via LIVE sessions, and fans started bombarding me with requests for more LIVEs and that’s how it started. It was quite organic and wasn’t a deliberate strategy.”

Strong competitors Prince Narula and Raftaar were not present for many episodes. Was that an advantage for Nikhil’s team? Answering the same question, Nikhil said, “On the contrary, I felt not having Prince around was a bit difficult. Prince and I share a great bond and we sort of had an alliance. However, in his absence, his team was against me and my team. I sort of tried to extend my hand of friendship to his team members, but it wasn’t fruitful. So basically, I had all the teams against me, and hence, it wasn’t an advantage.”

Nikhil’s team is popularly known as Team Loyalty. Sharing some light on the same, he said, “Post the Hadippa task, Arushi Chawla, Michael Ajay, Hamid Barkzi, and Kevin Almasifar’s team became popular as Team Loyalty, as they used the same name in the task. Later, the team extended with Prakhar Dubey and Tarandeep Singh’s friendship. Team Loyalty wasn’t engineered by me but by those four contestants. Because of the way they conducted themselves and the friendship that they shared, a lot of people connected with them and showered immense love on them. That’s how Team Loyalty became a brand and gained popularity as well as love from the fans. I just happened to be the leader of the team, and I feel very proud and privileged to be associated with them. Moreover, one of the factors that made them quite popular was the fact that Team Loyalty was an underdog. They had a lot of people against them but still they stuck together and didn’t indulge in dirty politics or skulduggery. They kept their head held high, performed, and won.”

(Also read: Nikhil Chinapa is in awe of this Roadies gang leader )

Horoscope today, September 24, 2021: Here are the astrological predictions for your zodiac signs

September 23, 2021, No Comments on Horoscope today, September 24, 2021: Here are the astrological predictions for your zodiac signs