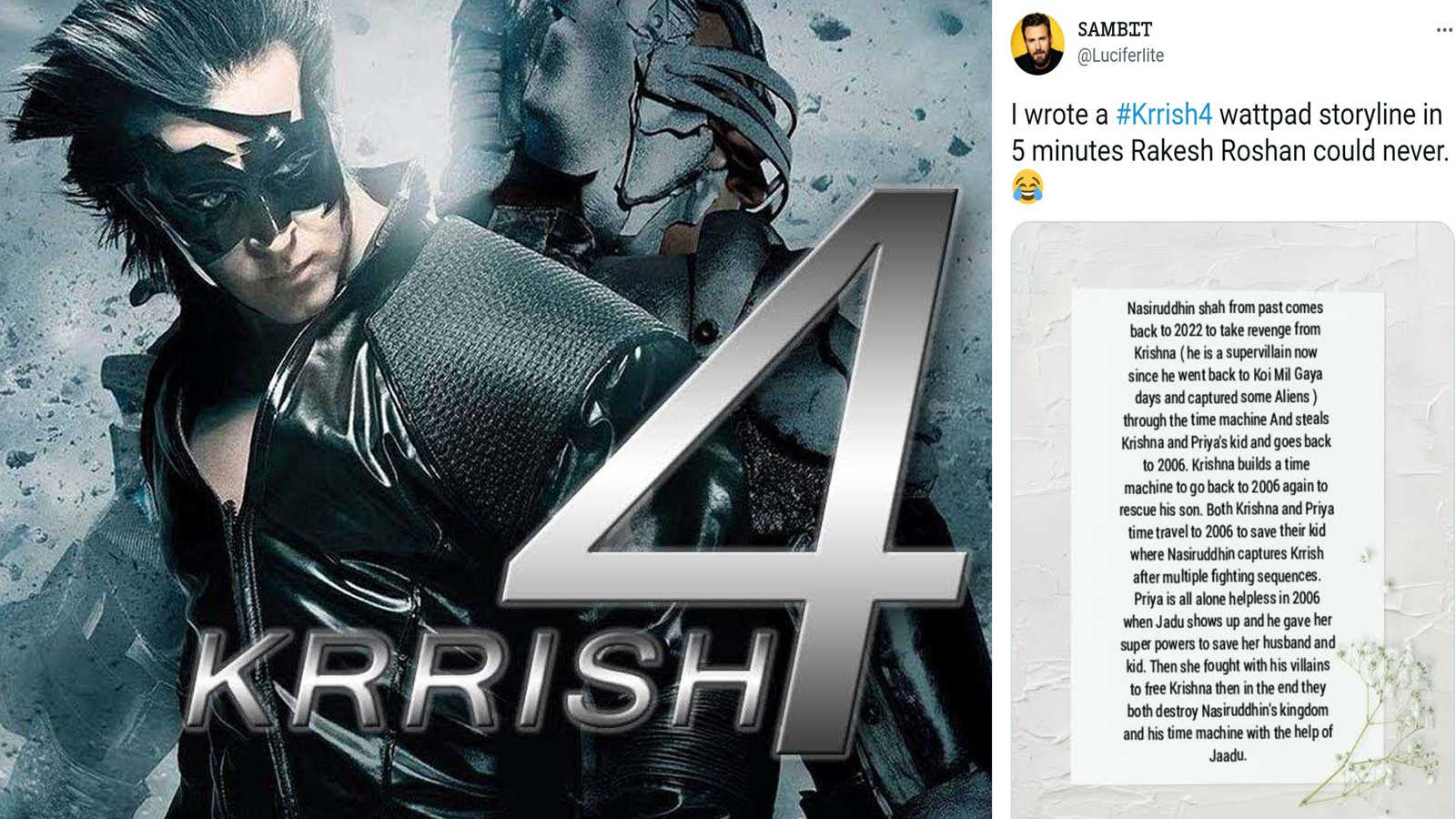 Fans of Hrithik Roshan are eagerly awaiting news, any kind of news, on the actor’s forthcoming film ‘Krrish 4‘, from the ‘Krrish’ superhero franchise. Helmed by Hrithik’s father Rakesh Roshan, in the past, the films have managed to enthral the audience with power-packed performances, VFX and thrilling action sequences. Expectations are equally high for ‘Krrish 4’, too. While some fans are waiting to hear more about the film from the makers, a fan, went ahead and wrote his own version and shared it online. It’s now going viral after it even managed to grab Hrithik’s attention. Hrithik, impressed by his creativity, replied, ‘Imagination 100’. The netizen claims he wrote it under 5 minutes and said Rakesh Roshan could never achieve that feat. Taking to Twitter, the user shared his version and wrote, ‘I wrote a #Krrish4 wattpad storyline in 5 minutes Rakesh Roshan could never.’ The fan not only wanted to bring back Jaadu from ‘Koi… Mil Gaya’ but also wanted both Priyanka Chopra and Hrithik’s characters to travel back in time. And he doesn’t just want Hrithik as a superhero but he also wants to give Priyanka’s character some superpowers of her own.