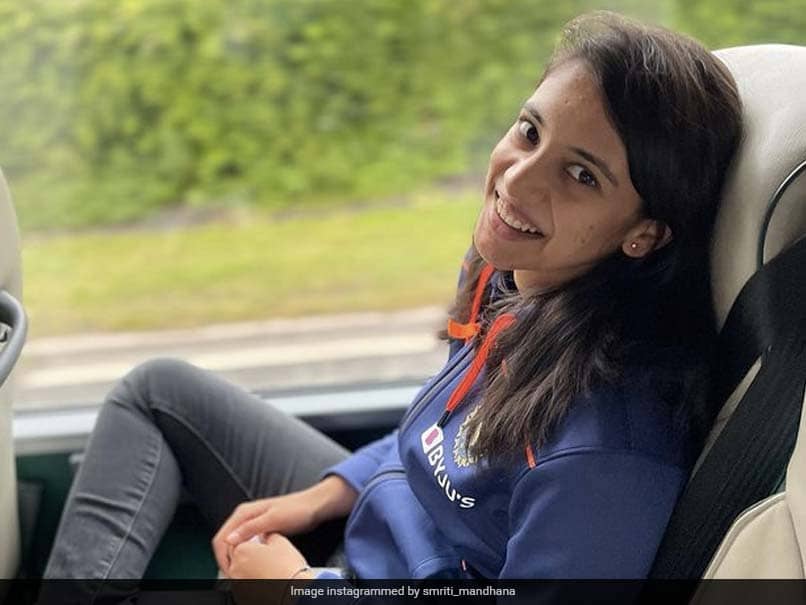 Smriti Mandhana was travelling from Worcester to Northampton with the Indian women’s cricket team.© Instagram

The Indian women’s cricket team is travelling from Worcester to Northampton ahead of their first of three T20 Internationals against England Women. Opening batter Smriti Mandhana took to social media on Monday to share pictures from the team’s bus ride across the gorgeous English countryside. In one of the pictures, Mandhana is seen staring out of the window, while she poses for the camera in the next picture. “The journey of life continues,through ups and down..,” she captioned the post.

Fans of the Indian cricketer loved the pictures, with the post gathering over 1,10,000 likes in 10 minutes, including that of England star Dani Wyatt.

The two teams were in Worcester for the third and final ODI, which ended in a consolation win for the visitors.

Mandhana, who failed to fire in the first two ODIs, showed her class in run-chases as she hit a crucial 49 to help India Women get to their target of 220.

Mandhana has a reputation for being good while chasing, and in India’s last series, became the first cricketer to hit ten consecutive scores of 50 or more while batting second in ODIs.

During the third ODI in Worcester, India Women ODI captain Mithali Raj also made history as she became the highest run-scorer across formats in women’s cricket.

Raj, on Saturday, overtook former England skipper Charlotte Edwards, who retired with a tally of 10,273 runs.