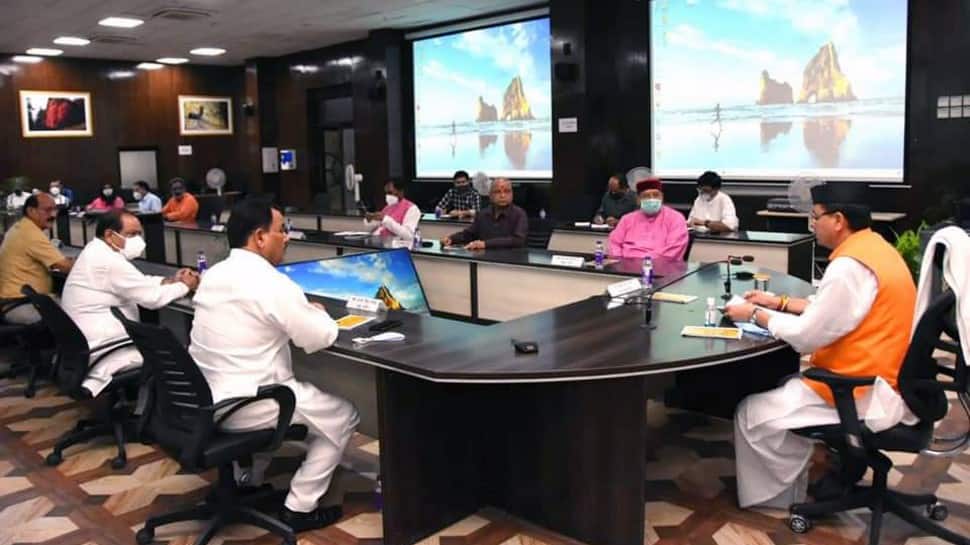 Dehradun: Soon after being anointed as the 11th Chief Minister of Uttarakhand, Pushkar Singh Dhami held the first cabinet meeting at the secretariat in Dehradun on Sunday (July 4).

“Very important decisions in the interest of the state’s youth and the unemployed were taken at the cabinet meeting,” Cabinet minister Subodh Uniyal said.

A detailed briefing on the cabinet meeting will be held on Monday, PTI reported citing sources.

Earlier in the day, Dhami was sworn in as chief minister at Raj Bhawan in Dehradun. The oath was administered by Governor Baby Rani Maurya at the lawns of the Raj Bhawan in the presence of several MPs, MLAs, party functionaries and senior government officials.

“I have been working among youngsters and I understand the issues very well. COVID has impacted their livelihood. We will try to make the situation better for them & will try to appoint youngsters for the vacant posts in the State,” Pushkar Singh Dhami said after taking oath.

When asked about reports of MLAs displeasure over party choosing him as CM Dhami said, “I’m younger in age. Everyone is experienced. For my party, who has given me this opportunity, it’s my duty to keep younger and older members together and take party’s and state’s work forward.”

At 45, Dhami became the youngest Chief Minister of the state. After taking oath, the new CM said that he would try to provide jobs to the youth of the state.

Dhami became the third CM of the hill state in nearly four months. He is a two-time MLA from Khatima constituency in the Udham Singh Nagar district of Uttarakhand.