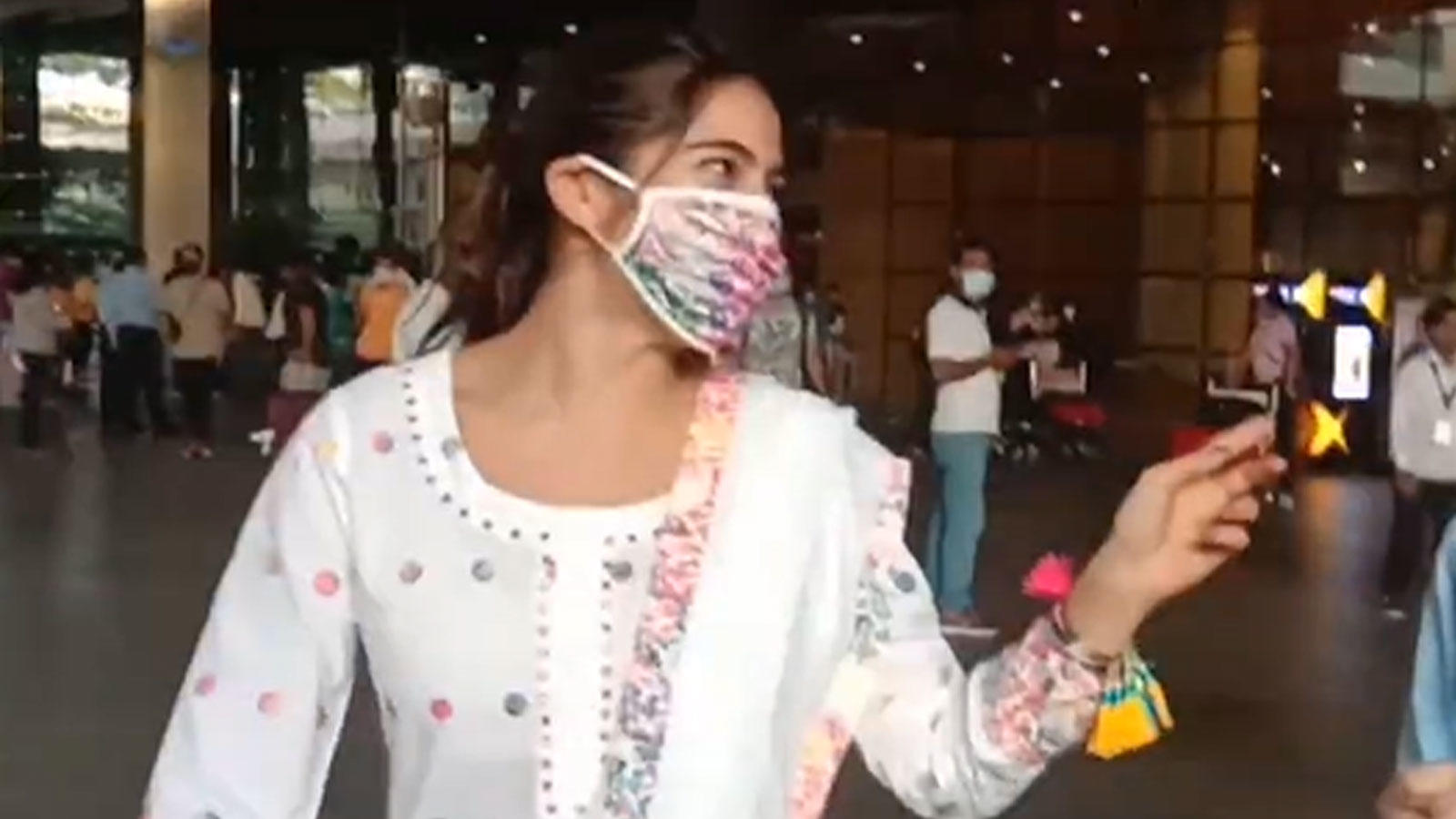 Millennial star Sara Ali Khan, who was last seen in a remake of David Dhawan’s 1995 comedy hit, is one of the most loved and sought after actresses in Bollywood. Not only her dazzling screen presence and acting prowess, but her affable demeanour too have contributed to her massive fan following. Recently, Sara was spotted at the Mumbai airport as she returned from Assam where she was shooting her upcoming documentary film on Assam Police’s women commando battalion. What caught everyone’s attention was diva’s hilarious banter with paparazzi. Watch the video.