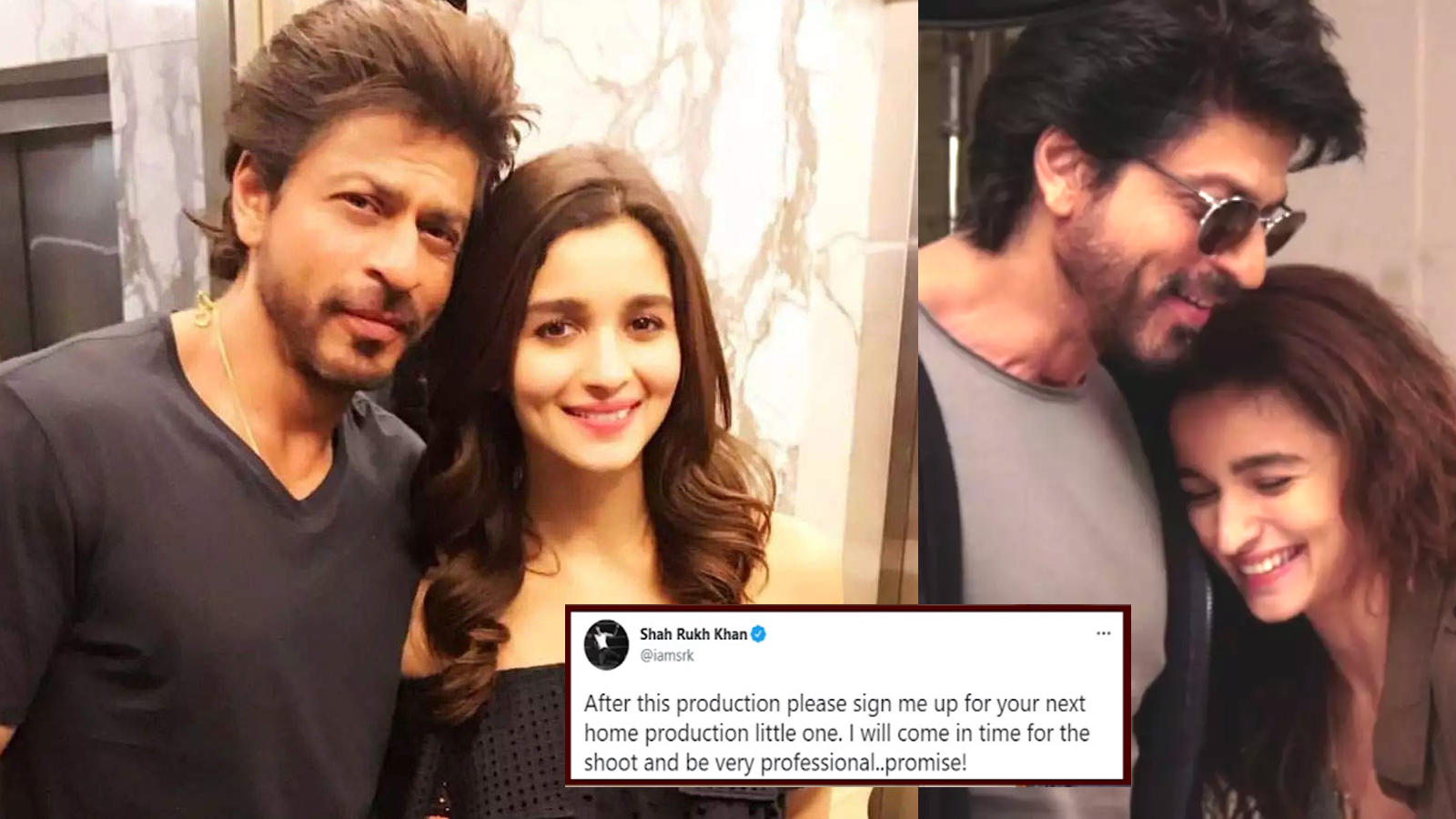 Read full story: Shah Rukh Khan’s asks Alia Bhatt to sign him in her next production venture; promises to come on time for the shoot and be professional

After wrapping up the shoot of ‘Gangubai Kathiawadi‘, Bollywood‘s young diva Alia Bhatt is all set to don the producer’s cap in her upcoming film ‘Darlings‘ for the first time, which is also backed by Shah Rukh Khan‘s Red Chillies Entertainment. Other than essaying the lead role, Alia will also be producing the film. Now, Shah Rukh Khan, who shares a strong bond with the actress took to his Twitter handle and expressed his special wish while sending all the good wishes to her. He tweeted, ‘After this production please sign me up for your next home production little one. I will come in time for the shoot and be very professional..promise!’ The superstar also reposted the tweet made by Alia, announcing her movie that read, ‘My first film as a producer but I will always be an actor first & forever (in this case a very nervous actor) I don’t know what it is .. a night before I start a new film I get this nervous tingling energy all over my body… I dream all night about messing up my lines..become jumpy.. reach set 15 mins before time fearing I’ll be late!’.