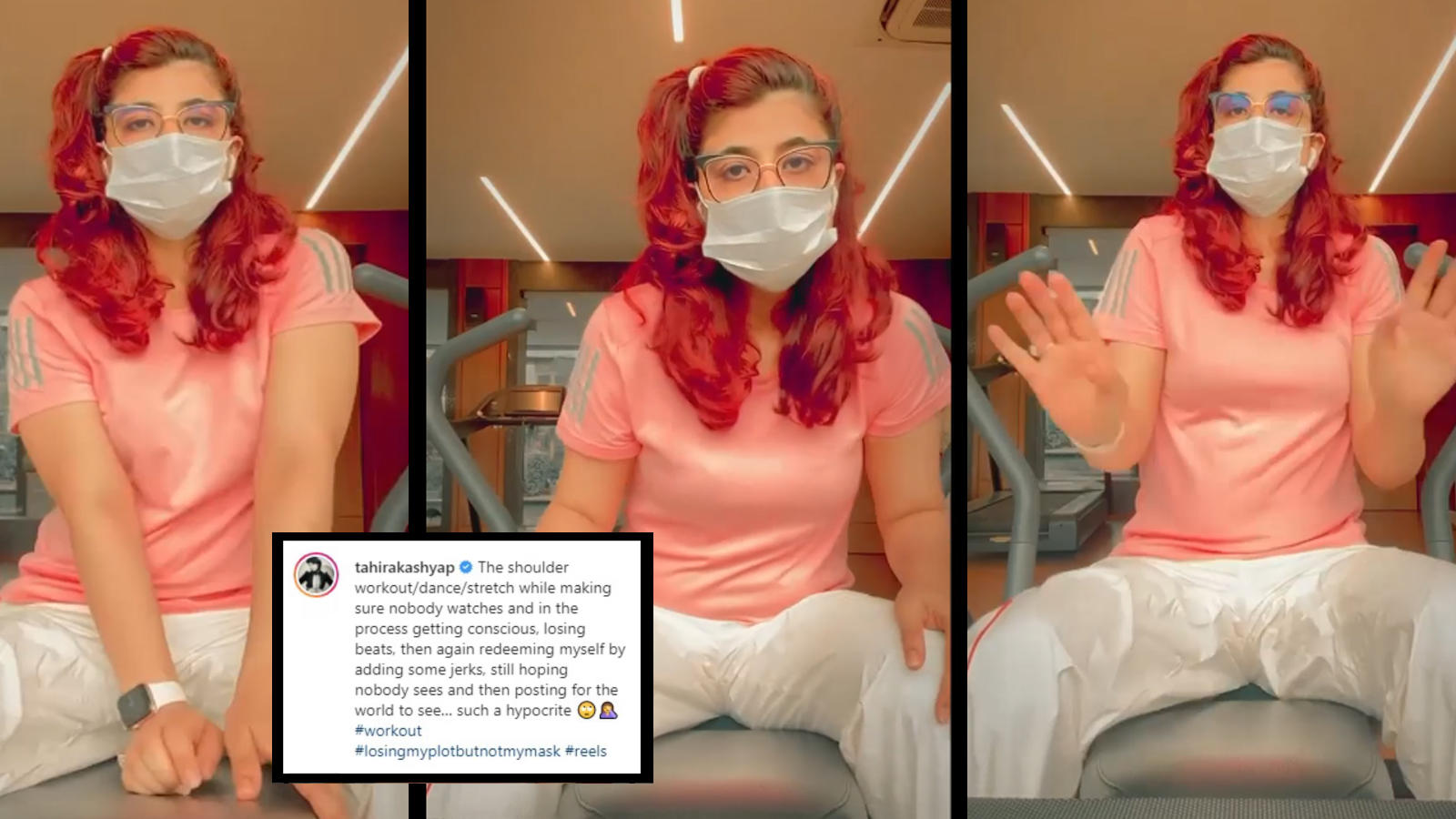 Ayushmann Khurrana’s wife Tahira Kashyap is an avid social media user and keeps dropping posts from her professional as well as personal front. Taking to her Instagram handle, the writer-filmmaker dropped a new video from the gym wherein she could be seen ditching a rigorous workout and performing a little dance to rapper Badshah’s single ‘Awaara’. Well, while sharing a video, she penned a note and called herself a ‘hypocrite’ for sneakily grooving in the gym but then sharing it online for everyone to see. She wrote, ‘The shoulder workout/dance/stretch while making sure nobody watches and in the process getting conscious, losing beats, then again redeeming myself by adding some jerks, still hoping nobody sees and then posting for the world to see… such a hypocrite.’ In no time, her video went viral on social media as several fans and friends from the film fraternity took to the comment section and showered their love upon her.