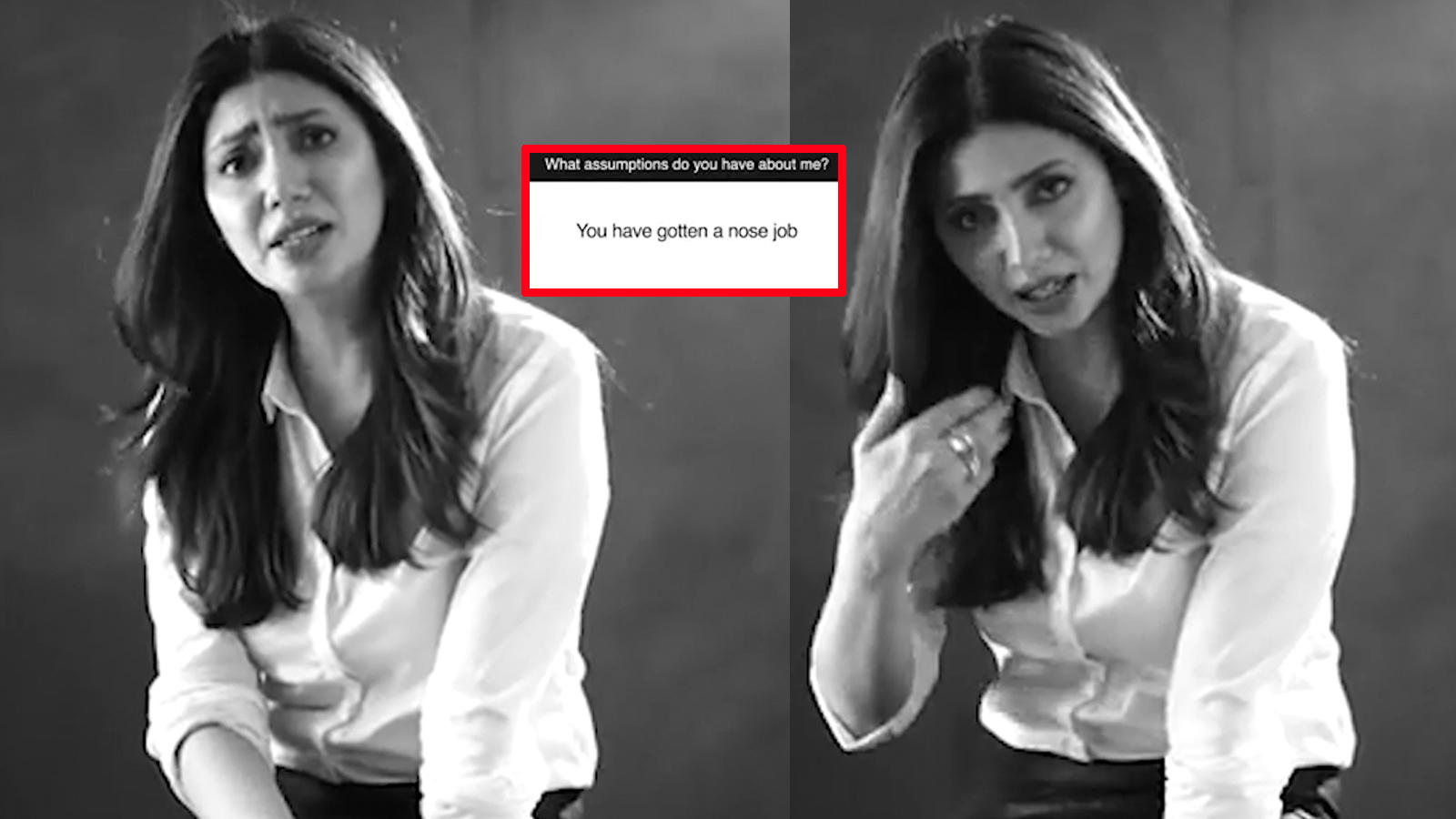 Pakistani actor Mahira Khan recently answered fan questions in a new video for her digital venture. During the interaction, when one person asked her if she got her nose surgically enhanced, she hilariously asked the cameraperson to zoom in. Okay, so what happened was, as the actress was answering fan assumptions about herself, a question popped up. It read, ‘You have gotten a nose job’. Almost immediately as she read the question, she said, ‘Okay, you have got to zoom in to my nose. I have not gotten a nose job. If I had gotten a nose job, I would have been like…Uff. And Babar wouldn’t have to contour so much.’ She also went on to talk about how she had once told director Asim Raza that a lot of people assume she’s gotten a nose job done. Recalling his reaction, Mahira Khan said that he had told her to send whoever asks her this question to him as he is the one who has to shoot her.