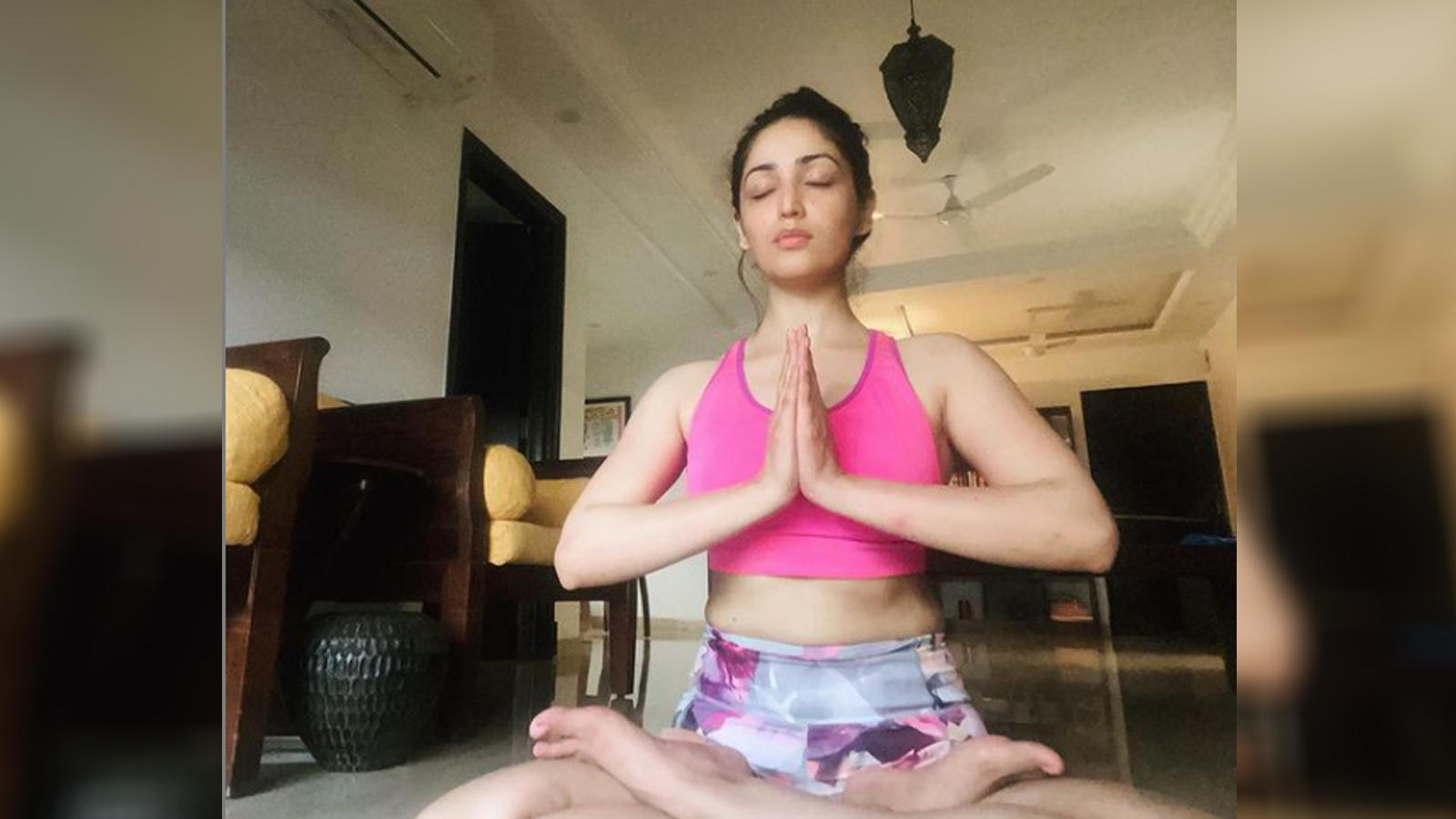 Yami Gautam has currently been in the news for her new chapter in life. She recently tied the knot with her ‘Uri: The Surgical Strike’ director Aditya Dhar and the pictures she shared made the internet fall in love with the couple. After an intimate but indeed a beautiful wedding, Yami Gautam recently returned to the city and is staying at her Mumbai home with husband Aditya Dhar. Shelling out fitness inspiration, the actress shared a picture from her Yoga session at home recently. Feeling ‘at peace’, Yami looked adorable in pink athleisure. She also gave a sneak peek into the living room of her home as she posed in Padmasana. On June 4, Yami and Aditya had announced their wedding with a social media and adorable wedding pictures. In a statement, the couple had announced, ‘With the blessings of our family, we have tied the knot in an intimate wedding ceremony today. Being very private people, we celebrated this joyous occasion with our immediate family. As we embark on the journey of love and friendship, we seek all your blessings and good wishes.’ The couple tied the knot in an intimate wedding which was hosted at Yami’s farmhouse in Himachal Pradesh. Yami and Aditya’s wedding came as a huge surprise for fans. The couple reportedly fell in love on the sets of ‘Uri: The Surgical Strike’, which was being helmed by Aditya. Apart from her wedding, Yami Gautam recently hit headlines when she was summoned by the Mumbai unit of the Enforcement Directorate. According to reports ED had asked the actress to appear before them to record her statement in connection with alleged irregularities under FEMA (Foreign Exchange Management Act). On the work front, Yami Gautam next be seen essaying the role of an IPS officer in ‘Dasvi’, co-starring Abhishek Bachchan. She also has ‘Bhoot Police’ with Saif Ali Khan, Arjun Kapoor and Jacqueline Fernandez.